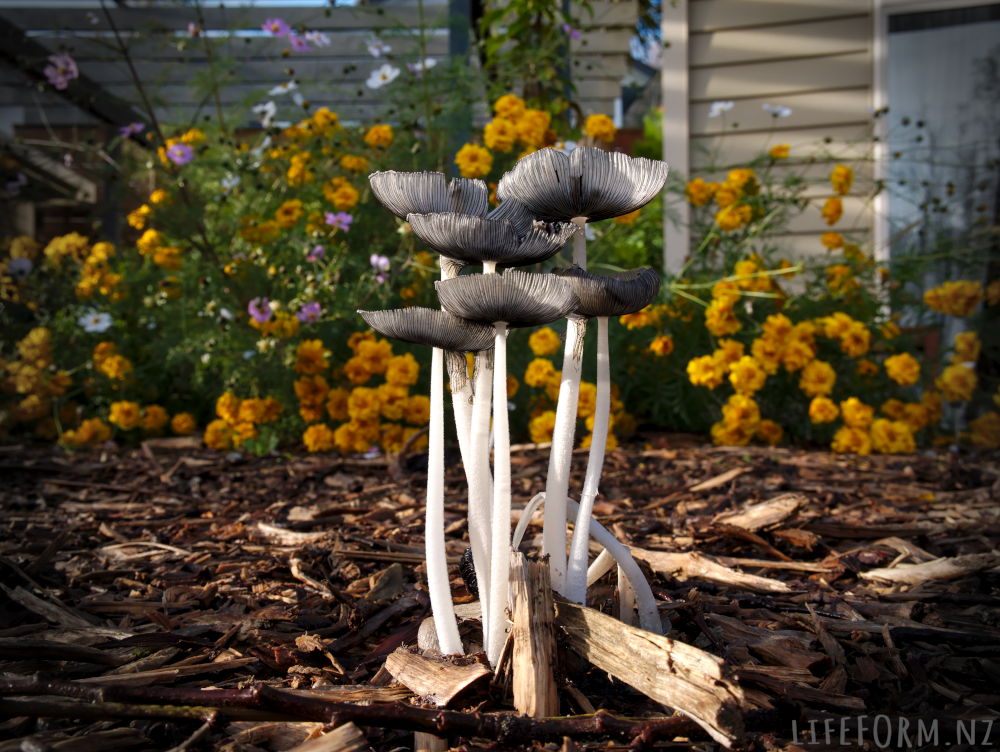 I’m reasonably sure these fungi are from the Coprinellus genus, sometimes referred to as Coprinoids or by the common name Ink Cap/Inky Caps. My best guess from research is that they are Coprinellus callinus.

I think I’ve ruled out Coprinellus disseminatus which while typically growing in rotting wood like these, tend to appear in larger clusters and seem to be smaller. Could be Coprinellus xanthothrix though.

These ones have been popping up over night in wood chip/mulch after rain from late summer through to late autumn typically in small clusters, grow to around 100mm and tend to start dissolving almost immediately. The first two photos were taken around 9am and they are already well into the process, the last one shows them at an earlier stage with some still pushing their way up out of the mulch. 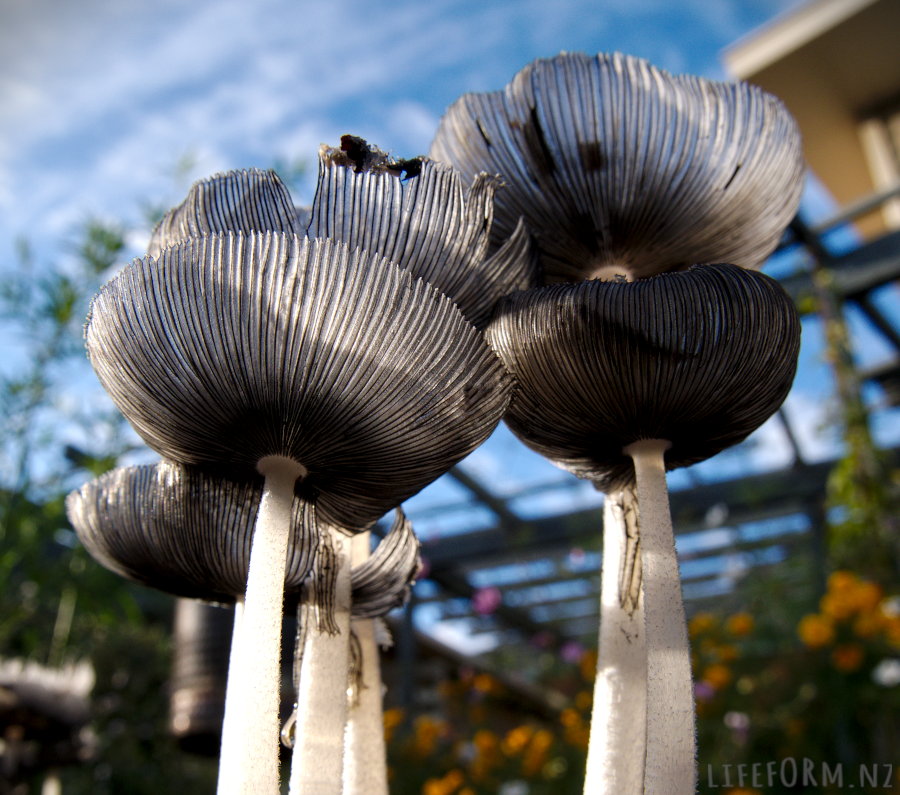 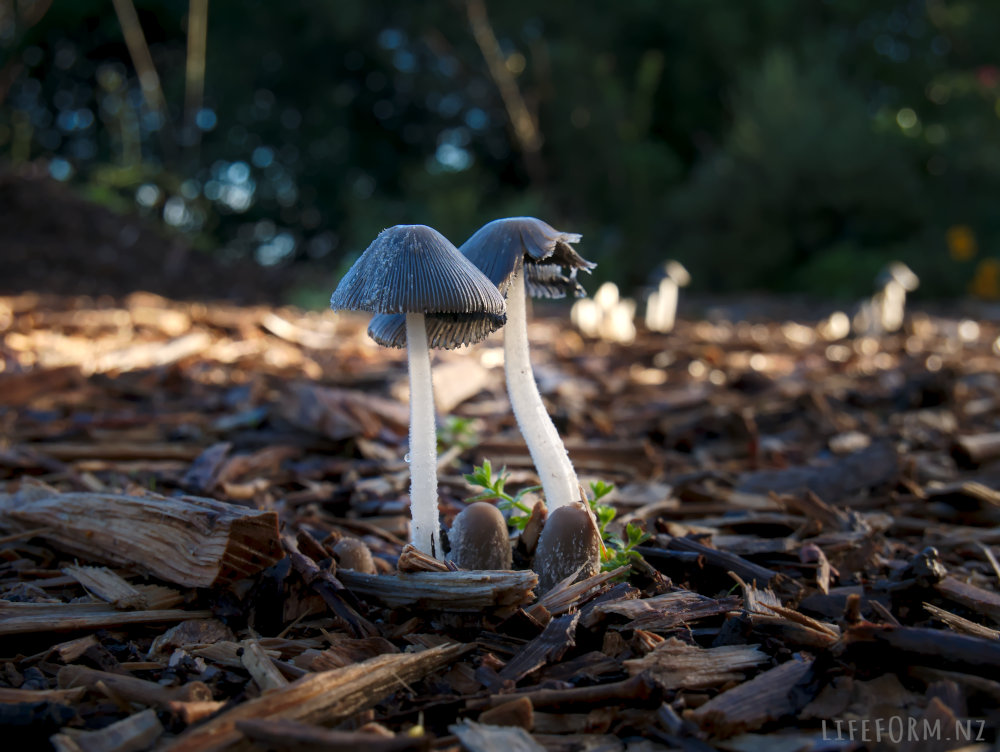