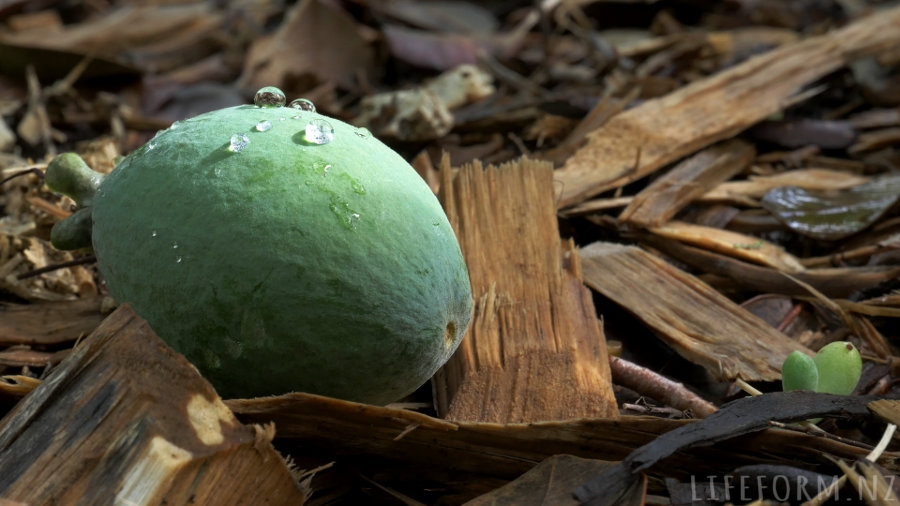 Mmmm delicious feijoa. This shot is actually captured from a 4K video taken on my new-ish Panasonic G85. Yep, after some deliberation I made the jump to micro 4/3 mirrorles and having some fun with this mid-range unit.

Liking the 4K video. Initially thought I’d be sticking with 1080p for file size and manageability, but the full-bodied crispiness of the ~100Mbps 4k makes the 1080p at 28Mbps (60fps) or 20Mbps (30fps/25fps) look pretty average depending on conditions. So all things being equal, I’ll be opting for the 4K goodness.

Might need to upgrade the storage and backup infrastructure though.

I took a series of these shots progressively zooming in, I quite like the vibe of this fruity scene – which is completely au naturale – nothing moved or added. Could be part of a nice feijoa wine label… Mmmm Feijoa wine.