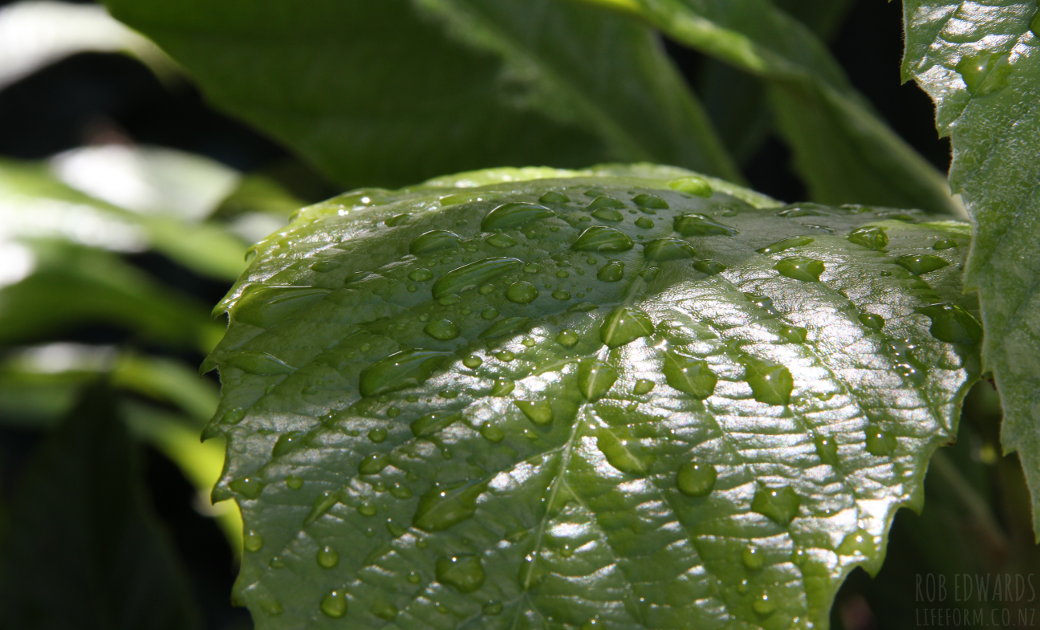 It’s been a while between photo posts. Not for lack of photos though – got quite a few I’d like to whiz up here – just getting the time ‘n all.

But it was a beautiful spring day after a (late) frost and I spotted the Loquat tree in all it’s glory, shimmering in the sunshine and had to get some shots.

Took many images and had some fun with light and shade, tweaking depth of field etc. Here’s one. Only thing done in post on this shot was a small crop. Highlights are a little blown out and depth of field not great – droplets in shadow looking pretty good but with this kind of framing, the whole leaf should probably be sharp. Sun was getting high and I was in a bit of a rush eh.

If you were getting serious, it would be interesting to see if a diffuser would work for a shot like this. It’s nice to go as low tech as possible. There is an abundance of digital photography around that is highly manipulated in post – almost to the point where taking the shot is the first step in a lengthy artistic process. Which is fine, but remember the old days of film? I do – it mostly came down to the moments leading up to pressing the shutter. Call me nostalgic, but I quite like that.