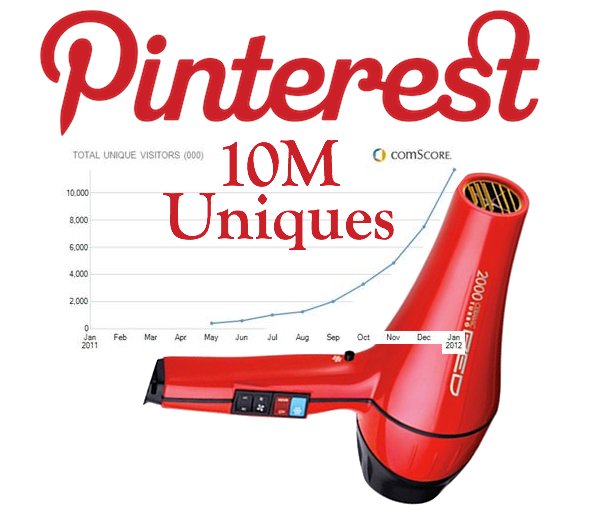 Before you say, ‘not another bloody social media fad’, take a look at the Pinterest site and stand in awe of the statistics.

Done that? Good. Now you can sigh if you must, but don’t get left behind eh. The tides of change are unstoppable. Kingdoms rise and kingdoms fall, and Pinterest (quickly add that to the spell checker) is becoming the next big social media thing for business.

If you have a quick squiz at the site which all about sharing images, you get an idea of what the stats indicate – the rise is being generated by 18-34 year old upper income women from the American heartland. Hence the blow-dryer growth image.

People are saying ‘move over Facebook, Twitter and Google+. Another social media site is stepping up as a valuable marketing tool for businesses.’ Should you care?

If your driving a small business you need all the leverage you can get. How its impact spreads to the outer regions like Middle Earth time will tell. But don’t take my word for it, follow some of the links in this post and go on a journey of discovery.