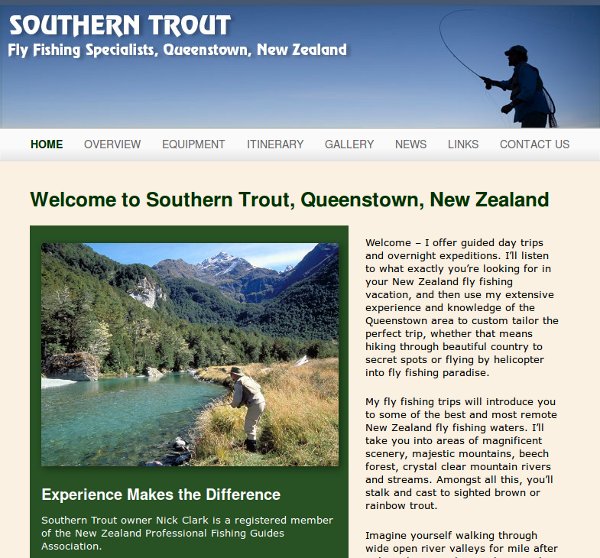 Nick Clark, owner of Southern Trout has been a professional fly fishing guide in the Queenstown region for over thirty years.

His former site had been in action for over 10 years and was due for an overhaul. Nick wanted a solution that would allow him to update the site himself – WordPress was the obvious choice.

Nick also wanted to retain the look and feel of the original site & reuse the previous logo/header image which has been a trade mark of the site for many years.

The new site is ‘responsive’ allowing comfortable viewing in any mobile device including the ubiquitous iPad, iPod & iPhone as well as Android devices – so anyone, anywhere can book a fantastic fly fishing adventure in one of the most beautiful spots on the planet whenever they like.

Check out some of the Southern Trout action »

Share this ArticleLike this article? Email it to a friend!
Email sent!